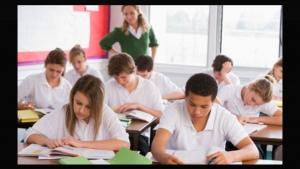 Today, there are over 60 Million Americans that are ANGRY. Thousands of those Americans live right here in Huntsville, AL. Many have children and they are angry. Their children are not a priority for the Huntsville Board of Education. Numbers are being manipulated to make things appear to be something they are not. Such is government! Others are school teachers who are afraid to speak out against the actions of the superintendent, Dr. Wardynski. Instead, they are leaving in droves for other school sytems. Their replacements have no experience.

If you watch the news at all, you are aware of what is going on with the school board. The Huntsville City School Board is manipulating numbers to give the appearance of reduced discipline problems. They are doing this for, at least, two reasons: 1) There is a federal court order (as of April 2015) that puts pressure on them to do so; 2) There is a State plan called Plan 2020 that puts the exact same pressure on every school system in the state of Alabama. This is all a trickle down from federal mandates associated with No Child Left behind. It is smoke and mirrors – just like everything else we are told by politicians. It makes no difference if you are referring to the republicans or the democrats. There is no transparency!

The problems with the Huntsville City School Board are simply a miniature version of the national problems facing America. Government officials do whatever they want because regular folks like you and me are not involved. Today, unlike ever before, we have a mechanism for every American to own their government. We are beginning this effort right here in Huntsville, AL. Huntsville put the human race on the moon and, with that, fundamentally changed the world. Likewise, Huntsville has the ability to fundamentally change the way governments operate. There are a number of parents working tirelessly to make sure the children in this city attend class where the teacher is in control and is qualified to teach their subject. They need your help. This will involve efforts with the Huntsville City Council, the State legislature and, even, the United States Federal government – not to mention provisions within the recent federal court order that must be considered.

With your help, we can make Huntsville better than ever. Without your help, our schools will continue their downward spiral and the city of Huntsville will follow suit. Business recruitment will diminish and employee development will deteriorate.

Please consider joining us today. If we all stand together it will take VERY LITTLE from each of us. For just $4.99/mo. we can fundamentally change our local government. From there, we will move to the State government and then the Federal government. Join us today at Americaninsider.net.