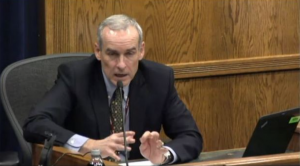 There is a severe discipline problem in the Huntsville City Schools. And it is going to get worse if we don’t do something! Fortunately, we can fix this. I have spoken with many parents of children who attend Huntsville City Schools. I have spoken with numerous teachers in our city school system that tell me of problems about which most parents know nothing (many have responded to my public posts on social media, via private messages rather than publicly, due to concerns about their jobs). I have spoken with police officers who are aware of what is going on in our schools and I have even spoken with some fairly powerful local individuals. I have some meetings scheduled with different groups of people in the coming days. I have been invited to attend a special “round table”  meeting with a very small group that has the potential to form a nucleus  around which change can be promoted. At the very least, I should get some valuable insight from this meeting. I hope to know a date for this initial meeting tomorrow. But KNOW THIS: In the 2014 local election only 10,000 people voted in Huntsville. There are likely twice that many angry parents in Huntsville. Therefore, if all we do is unite here and stand together – AND THEN VOTE – we will solve this problem. And it shouldn’t take long – there is an election this August. Stay tuned here and get ready to vote.

Over the coming days, we will be keeping you up to date on what is going on. Make sure you tune in. This school system – and the school board – belongs to YOU & ME – NOT Wardynski. It is time he answer to us!